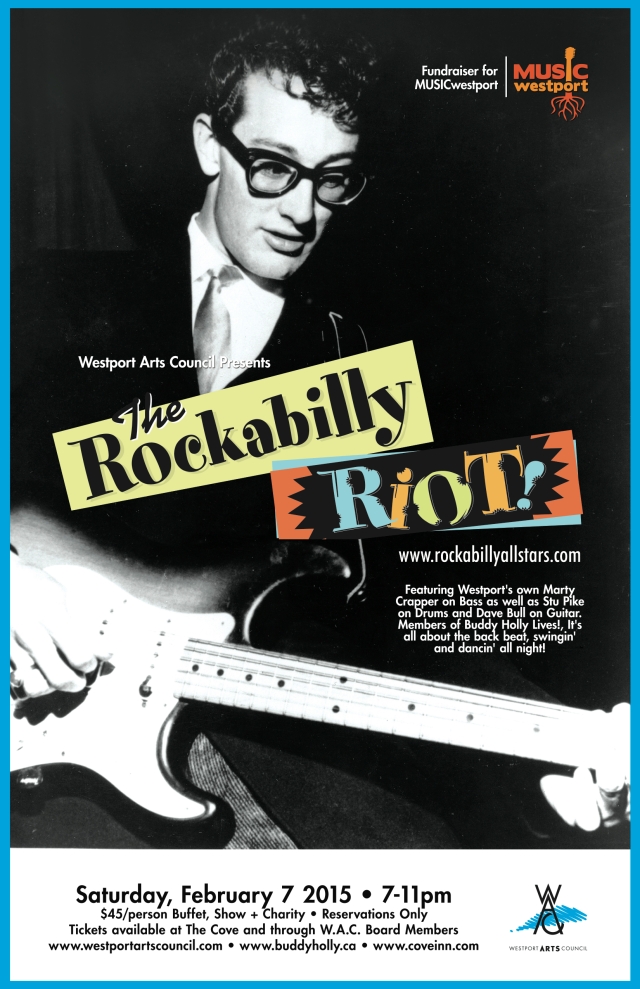 It’s all about the back beat, swinging’ and dancing’ all night long!

Tickets available at The Cove & through WAC Board Members.

Join and support WAC on Saturday, February 7th, 2015 at The Cove for their annual MUSICwestport fundraiser: The Rockabilly Riot! Featuring Westport’s own Marty Crapper on Bass as well as Stu Pike on Drums and Dave Bull on Guitar, members of Buddy Holly Lives!.

For a sneak preview, check out the Rockabilly All Stars YouTube channel and get swingin’ now!

We weren’t throwing our feet up on Heritage Day here in Westport, we were throwing bean bags! In amongst the craft and market stalls on Bedford street, WAC set up a guitar bean bag toss to raise funds for their upcoming MUSICwestport Open Air Festival. Turns out, Westport isn’t just competitive at hockey! For five dollars, participants received six bean bags. Those lucky enough to score a bean bag through the guitar were entered into a draw for a gift certificate from local restaurant, The Cove Country Inn. Two or more in the hole and you were also walking away with a MUSICwestport ball cap. Thanks to all who participated and to the Cove for their generous prize donation. WAC successfully raised over $200 which will go directly to the MUSICwestport Open Air Festival coming this August! 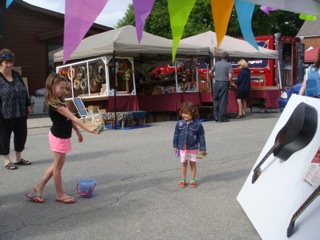 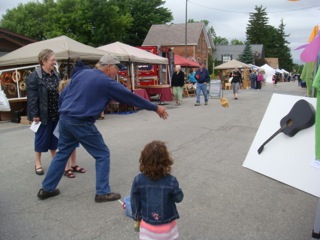 Did you miss us on Heritage Day? We are still selling tickets for the $1500 cash draw that happens on the day of the festival. Tickets are available from WAC board members or every weekend downtown Westport until the festival.