Join us at The Cove to kick-off MUSICwestport 2016 with special guests MonkeyJunk. Tickets are limited and this event always sells out so don’t monkey around and book as soon as possible! 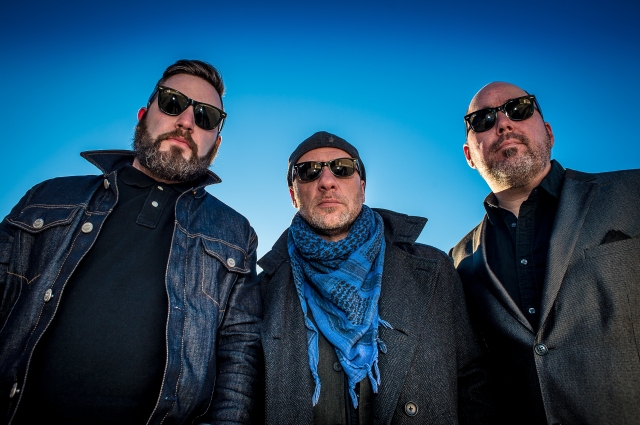 The 2008 birth of the Ottawa-based band MonkeyJunk came along just when music fans needed them the most. They brought an accessible and refreshing blend of swamp-rock roots and blues to the table and haven’t looked back. In the relatively short time they’ve been performing and recording together, the members of MonkeyJunk have won a collective 20 Maple Blues Awards, two Canadian Independent Music Awards, a Blues Music Award (USA), and have been nominated twice for a JUNO Award, taking home the coveted hardware in 2012. Their debut record Tiger in Your Tank was released in 2009 with To Behold, All Frequencies and Moon Turn Red their latest. This power rock and roll trio consists of three of Ottawa’s greats. Steve Marriner on vocals, guitar and more and has played with Harry Manx, Randy Bachman, Colin James and Big Sugar. Lead guitarist Tony D has performed with Buddy Guy and opened for Stevie Ray Vaughan, headed The Tony D Band for years and has toured with some of this country’s greatest musicians including the late Dutch Mason. Drummer Matt Sobb has backed many international touring and recording artists such as Kim Wilson (Fabulous Thunderbirds), Jeff Healey and Tom Wilson (Blackie & The Rodeo Kings, Junkhouse) and The Tony D Band among many others. As one of Canada’s heaviest bands since Big Sugar, their music is passionate and edgy with unfettered delivery. Recorded in Almonte, Moon Turn Red also features a guest appearance from legendary Canadian guitarist David Wilcox who performs on his own hit “Hot Hot Papa”. Another coup for the band was having Gordie Johnson (of Big Sugar and Grady fame) lend his talents to the recording. As Marriner states, “He possesses an acute sensibility for melody and groove, a champion of ‘riff-rock’.
“The Sultans of Swamp R&B”
– William Shatner
“MonkeyJunk are keeping the spirits of Muddy Waters and the other roots giants alive with their own unique brand of music. Check it out – you won’t be disappointed.”
– David Wilcox
Posted
July 18, 2016
Category
Music
Tags
all ages, arts, Bob Burtch, Bob Burtch Bluegrass, Drumhand, family friendly, free, free admission, Kris, lanark county, live music, MonkeyJunk, MUSICwestport, Oh Susanna, ontario, outdoor, Rideau, Rideau Lakes, The Cove Country Inn, The Soots, Travis E. Trance & The Natural Way, Turpin's Trail, Westport, Westport Arts Council, westport music festival 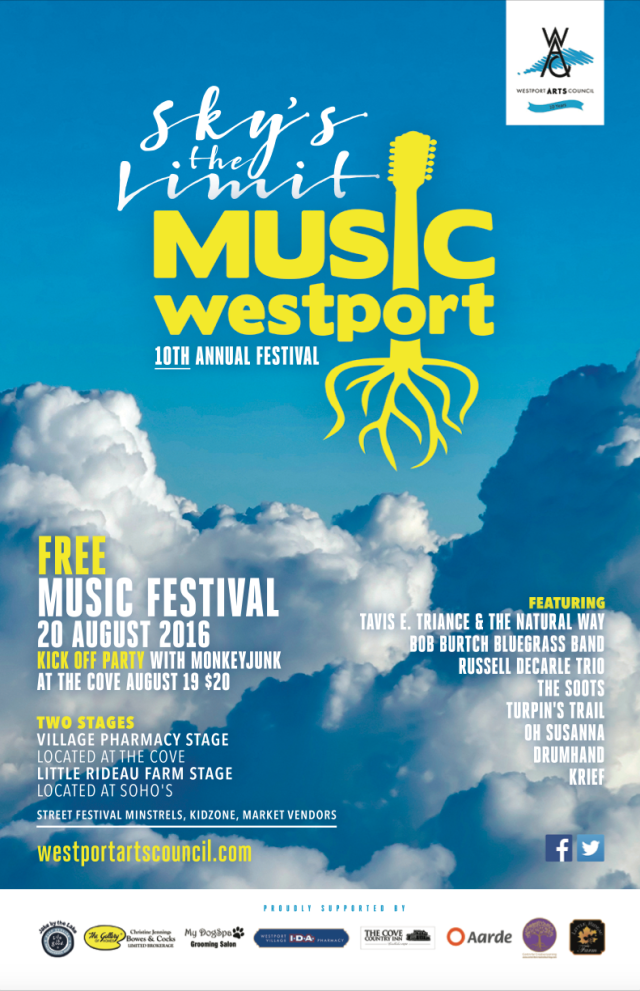 You’ve all been waiting…

MUSICwestport is back and the 2016 edition will rock your socks! With  new bands and returning favourites, a fresh new venue, a street festival, kids zone, and a special kick-off event, the sky’s the limit for our 10th year of music.